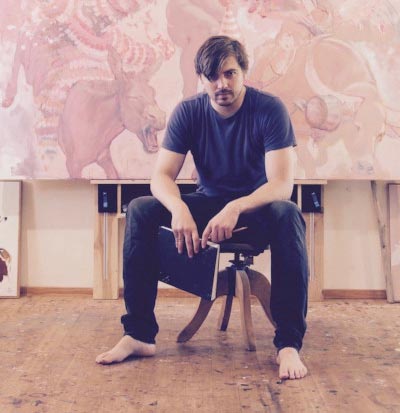 Matthew Cheyne is an Ipswich-based Australian artist working principally in oils. He graduated from the Queensland College of Art in 2001, having previously also studied film and literature.

After regular solo exhibitions in Brisbane and Melbourne, Matthew’s first European solo show was at the Berlin Galerie Kollaborativ in 2008 where he was commissioned to do a series of work with his wife, electronic musician Caroline Cheyne. He has since had work shown with Galerie Schortgen in Luxembourg, at Casula Powerhouse in Sydney and at the National Archives in Canberra.

In 2012 art publisher Capital P completed the first in a series of monographs about Matthew’s drawing.

Over the past 18 months Matthew has hand-built an art studio in Ipswich, Queensland. He recently won second prize at the Ipswich Art Awards.